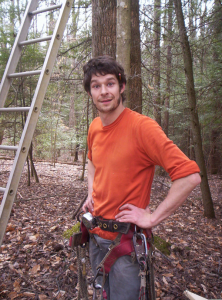 While in college I made and installed molding, dabbled in sign making and studied theater at the University of Toledo. After graduation, I moved to NYC and became a Local One stagehand. During this time I learned the secrets behind building unusual scenery. Some of it even appeared on television. I learned a lot and became a smarter carpenter during this period. I worked with materials that I would never have been able to before and developed the skills needed to build almost anything.

I started Trebor Designs to build custom furniture and cabinetry. I built several units for the offices of the Colbert Report. I needed something full time to pay rent and I was lucky to get hired by CBS in their scene shop. 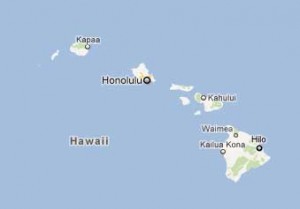 I loved the job, but after 9 years in New York City I had enough. My 10 year relationship with my girlfriend ended and left me little reason to stay in the city. I was working a lot of hours and was feeling burnt out. I am a country boy at heart and spend my free time backpacking. I decided that if I was leaving the city, I was going to follow my dreams. I gave notice and booked a flight to Hawaii. Read my blog to find out what happens next.

View more videos about my treehouse.